Kwitee is a proven Trumpeter, Songwriter, Arranger and renowned Performer with so much excellence. Kwitee has metamorphosed into a bridge between the older and younger generation with His unique delivery of a fusion of highlife, jazz, other contemporary musical genre and working in close collaboration with Nigerian/International music ICONS. Kwitee’s music is termed world music/afro jazz

Kwitee starts year 2022 with so much speed as He is about to drop his second album with a live music concert (guess the album title and win $1000). You get to know more about His forthcoming album if you follow him on social media. From His first Album titled Don’t Quit; he drops Fabu Story (free download). 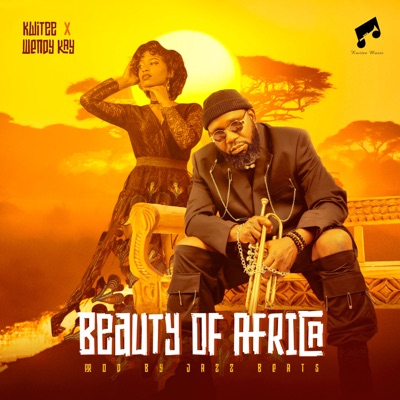 Okwi Godwin Iguwe also known as Kwitee started His musical career at the age of 9 as a percussionist. He eventually became a front-line drummer at the age 11, having being introduced to various rhythm and time signatures, He chose the trumpet as His major instrument, where He has made a name for himself. Today, He leads one of Africa’s most prolific musical band, “Kwitee and the Cosmos” though rebranded to “Kwitee & The Elites”. Through their electrifying compositions and delivery, they have indeed succeeded in bridging the gap between the older and the younger generation.

Date of His forthcoming album and live music concert for the elites and music lovers will be shared on all his social media platforms. Now enjoy Beauty of Africa ft Wendy K and Fabu Story. Do not forget to share as He tells unique stories through music. Attached is his first album stream link; please stream to enjoy good music like never before.