MixNaija Entertainment boss teams up with his label frontier, T-Classic to put out a new extended play titled ‘Alirat’

The new 4-tracks EP is released in honour of his late mother who he lost few months ago.

Off the EP, here is a new song titled ‘La Cream’ which is the first track on the project. 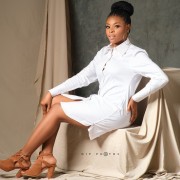