After the wait and anticipation, Travis Scott finally puts out the record titled ‘The Plan’.

However, the song is a soundtrack to the Christopher Nolan film Tenet. The song was expected to arrive at midnight on Frday, but instead it comes after 24 hours.

This comes after a couple of loosies of him surfaced online. The pulsating single is made to be played loudly as it mimic a steady heartbeat. 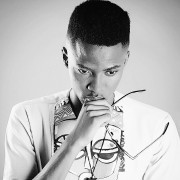